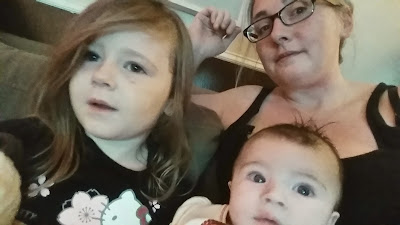 If you had asked me at 18, what being old meant I would have said: ‘Being 40.” Back then, 40 felt so distant is was virtually unreachable – something impossible that I would arrive at “someday” when “someday” really meant “never.”

But here I am.  Forty.  I am 40.  How did ‘never’ and ‘someday’ become today?  Two summers ago it was my 20th High School Reunion.  I didn’t go. My memories from high school are barely tarnished…I was 18 and graduating five minutes ago.  My 20th college reunion is in two years.  What?  I look at my twin sister and I feel like we were just running around Riverside Park jumping off of rocks and digging for worms.  Instead, I am showing my three-and-a-half year old how to jump off rocks in Fort Tryon Park.  Standing at the precipice, she asks me: "Help me to be brave, Mama.” And I do, and she jumps.

Is anything different? I am the same person I was at 3…and 12…and 18…and 33.  The same person but a lot more willing to speak my mind and a lot less worried about what anyone else thinks.    The older you get the less you look around for someone to tell you you're doing it right or that you're okay. You actually become okay with telling yourself that you're doing it right - or wrong...or whatever but suddenly it's your opinion that matters the most. That’s a perk.

Life does pick up speed as you age.  Childhood and high school seemed to take forever...maybe from all that time you spend worrying about what other people think. Then college, then the years in your twenties where you’re trying to do everything  - make friends, keep friends, find a partner, find a job you can stand, then find a job you can stand that also pays you enough to stop having roommates. It all starts the clock ticking faster. I spent my 20's feeling like everything I wanted was just barely out of my reach. By my 30’s I was settling into my career in props for theater and television, I had a great group of friends, and was considering trying to have a kid on my own because I just couldn’t find the right person. Then I turned 34 and met the right person.  Over the next six years, we moved in together, chose to start a family, bought an apartment, had a daughter, got married, I finished graduate school, and then we had a second daughter.  Thirty-four to now was a roller coaster of milestones but every decision I made felt grounded in the absolute certainty that I was making the right choices. All of a sudden I have breathing room - and now (it seems) the world has to huff and puff a little bit to keep up with me instead of the other way around.

I waited until I was 35 to add “mother” to my resume, and this past August at 39, I updated it to include "mother of two.”  Maybe it’s living and growing up in New York City but among my friends I was one of the first to have children.  Before me, I only had one friend from high school who already had children. Now the parents of Clara’s friends, who have become my friends, have all had or are having their second child.  My twin sister just had her first, and two friends from my graduating class in college are having their first children – squeaking in just under the wire for 40.  Maybe it wasn’t a deadline for them – it was a sort of invisible deadline for me but now that I am here nothing really has changed.

So I’m a middle aged mom to an almost pre-schooler and an infant. Who cares?! Every mother I know is a middle aged mom to a kid that’s under five.  If this is a New York City phenomenon, I am even happier that I live here.  My husband and I juggle work, parenting, and the mad dash for babysitting when our work schedules collide.  In theater there's a saying: THE SHOW MUST GO ON. And because everyone on the stage loves what they are doing they take the aphorism seriously. It doesn’t matter if you’re sick, or didn’t sleep all night – THE SHOW MUST GO ON.  Baby was throwing up all night – THE SHOW MUST GO ON. You’re delirious with a fever?  Your toddler will still ask you every five minutes “when will dinner be ready?” while adamantly denying having anything to do with the marker scribbles all over her face that magically appeared when you tried to go to the bathroom with the door closed (for once) . THE SHOW MUST GO ON. It can be messy and hard and sometimes you might want to put your head in your hands and cry but it's also wonderful, and magical and full of surprises when you love what you're doing.


As a parent you hone your reflexes to a razor edge – catching the cup before it hits the floor, pulling out the penny your baby just popped into her mouth in the one second you glanced away, or just knowing your daughter needs a little extra reassurance in her lifelong quest to spend every day being brave.  At the end of the day, when you finally sit down, the 40 year old’s bones are a bit creakier, so when the baby starts to fuss it takes a little extra heave-ho to get back up on your feet.  The one thing I would like to borrow from my 20-year old self is a bit of that seemingly inexhaustible  energy you carry with you from your childhood. Clara's boundless vitality and stamina carries her through her days with extra to spare.   I’d love just a little bit of that overflow…or maybe a glass of wine will do just fine.

Posted by Jeannine Jones at 8:32 PM No comments: